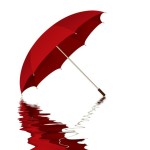 Last week I was in New York City. I’ve been to the outskirts of New York City before but this time I was able to actually go into the city. It was about 40 degrees out with a light rain as we made our way to Little Italy then back to Time Square, Rockefeller Center and eventually back to Penn Station.

On the way back to our hotel I was asked by another person in our group about what I thought. I just couldn’t get over the amount of people. Apparently since it was raining out only half the amount of people were out on the streets. It was busy enough that navigating through the crowds became tiresome. There were just people everywhere! But I saw some very interesting things while we walked through the city that made sense in New York but here in Toledo, the business would fold in a week. Since it was raining  everyone was selling umbrellas. There were also people selling maps and tours. Every where I looked there were business activities for the masses of people. On top of all of this there were stores that you would only find in New York, like a giant M&M store.

I get it, that this is New York. However, you wouldn’t see any of this in Toledo. That is what is interesting. It is a good idea to try and sell umbrellas on the street corner when it is raining. Bad idea in Toledo. There just aren’t enough people in one location at one time to support it.

When you are expanding a business or starting a new one, making sure there are enough people to make your business a success is so important.  There is a reason the mantra of any relator is “location, location, location”.  The internet can solve some problems but when it is raining you need an umbrella right now.