This week marks the first week I have not been under a cell phone contract since 2000 and it feels great to have my freedom! In general, 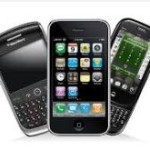 I’ve been rather happy with my cell phone service provider and have had little to no issues except when I traveled out into the middle of no where Nebraska. I’ve always been on a pretty good plan compared to what I pay up until recently. I think contrary to most people this feeling of freedom doesn’t come from my distaste for my cell phone service provider.  In fact I wouldn’t have left but I felt my current plan isn’t right for me any more plus the $82 a month was a waste of money for me. If I changed plans I would have ended up losing several of my grandfathered in features. Which isn’t that big of deal. But it just felt that some of the other plans still weren’t right for me. Yes I would have paid less, gotten less, but I still would be over paying. In a month I use anywhere between 400-700 minutes, roughly send 200-300 text messages, and use less than 100mbs of data. I also don’t want or need a new phone. I like my phone, it works perfect. So what to do?

Last year I found a service called Ting.com. They are a pay for what you use, no contract service that uses the Sprint network (I know that is a major issue for a lot of people). You can either buy of phone at full price through them of bring your own Sprint phone. Their rates looks pretty good and all the reviews I’ve found have been pretty good. So I decided that I was going to switch. I’m already on the Sprint network and have a Sprint phone. If they turn out to be terrible I’ll try some other company.

I was slightly worried about the process of switching. Mainly the fact that I might lose service for an extended period of time. Ting detailed out the process that I should have very little to no down time. They would put in to cancel my current service, then on their end get everything ready for when Sprint cancelled my account, all I would have to do is activate on Ting. I shouldn’t be down for more than 15-30 minutes. Well that didn’t go as planned. Sprint cancelled my account but didn’t release my phone number for 2 hours. When they finally gave my number over to Ting I had trouble activating my account. I can’t really pinpoint what the actual issue was but a quick phone call to an understandable, clear English speaking customer service rep using my fiancée’s phone fixed the issue and my phone was activated.

Ting is a pay for what you use service. So I did loose a few things that were Sprint exclusive services like family locator and find my phone, along with some Nascar stuff and Sprint GPS. None of which I use because I use other services like Google Maps and Android’s build in phone tracker. The one thing I will miss is free mobile to mobile minutes. But I don’t use a lot. So what did I gain? A cheap bill. Right now for this 30 day bill, my bill will be $15 + surcharges. Although at the end of the 30 days I will probably be at $23 + surcharges. Some months I will be up to $32 + surcharges or $49 + surcharges but those will be rare. I also gained free tethering. It uses data but I don’t have to pay extra like Sprint wanted me to.

So far my service has been the same as Sprint. I know a lot of people dislike Sprint but where I use my phone I have good call quality and 4G. For now the service seems to be the same as I’m use to.

Ting is going to be great as long as I keep my usage moderate. You can find their rates here. I should be in the medium plan range for Minutes and Text Messages and the small plan for Data most months. But if I find that I’m going into the Large to X-Large month after month. I might need to consider going to a different service. That’s the downside, if you are in the Large to X-Large month after month Ting starts to become not worth it.

Overall it just feels awesome to be out of my contract and have the freedom to move to another service. No more contracts though. It is funny that even my mortgage doesn’t feel this oppressive even though that is far worse than a 2 year cell phone contract. What cell phone service are you on? Are you on AT&T, Verizon, T-Mobile, Sprint or one of the other services like Metro PCS or Boost? How has your service been for you?